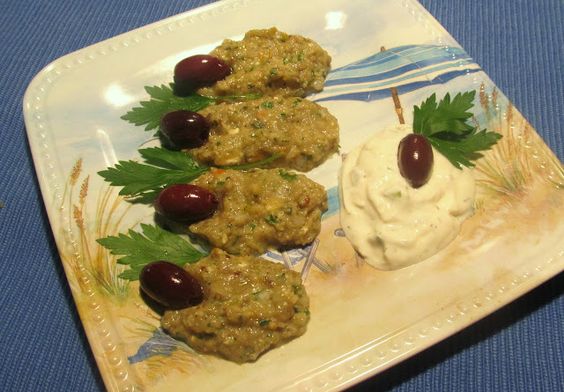 Every summer our love affair with eggplant is renewed.  Grown in backyard gardens and sold at vegetable stands all over the world, eggplants come in various sizes, shapes and colours.  Bake them, stuff them, fry them, grill them, or even make sweet preserves out of them (yes, very small eggplants can be turned into a spoon sweet, a type of Greek dessert).  One of the most popular ways for Greeks to cook eggplants is to turn them into this luscious salad.  It's served as an accompaniment for drinks or as a starter to a meal. You can spread it on a piece of bread or eat it plain.  Either way, it is a heavenly summer treat.  Its texture is that of a spread or a dip, but Greeks simply refer to it as a salad. 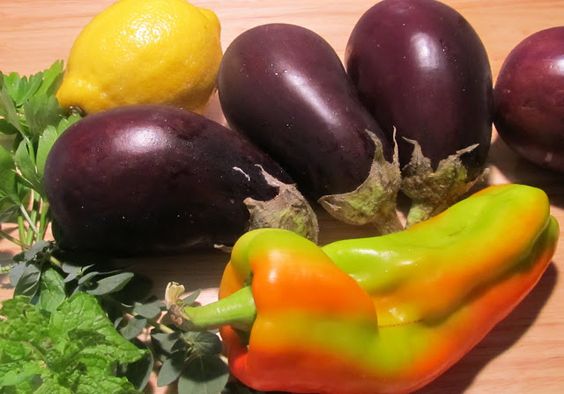 There are two types of eggplant salad:  One is really smooth and is made with grilled or roasted eggplant which is pureed with just some olive oil, lemon juice or vinegar, and a touch of garlic.  The other type, the one I prefer, is country-style rustic and chunky.  Its ingredients depend on regional interpretations.  For example, southern Greece produces a tremendous amount of tomatoes, therefore tomatoes tend to be added to just about anything, including eggplant salad. In Macedonia, where peppers are really plentiful, roasted peppers are added, and in Thrace, folks like to add walnuts. You could say that just about every Greek cook has his or her own version of this  salad. Being descended from Macedonian and Thracian stock, I add peppers and walnuts. That's how my grandmother made eggplant salad, and I follow suit. 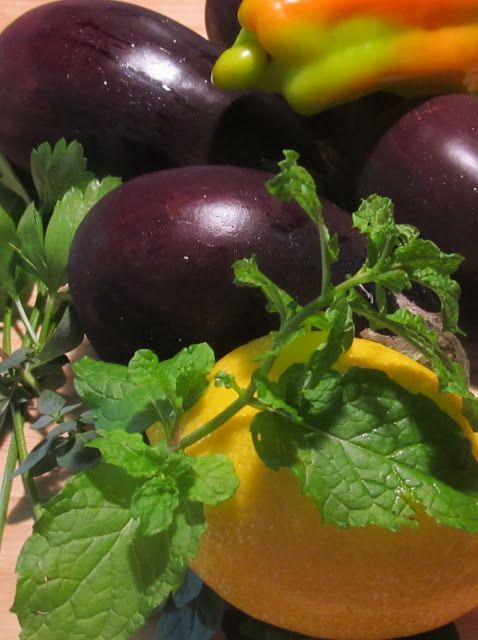 The key to making a great tasting eggplant salad is to get fresh off the farm eggplants. Not long ago I bought some from the supermarket; they wound up tasting like cardboard. This time around I drove the two extra miles to a wonderful farm stand and there I found some really cute, and as it turned out great tasting minuature  eggplants. They were turned into a delicious salad. Here's the recipe: