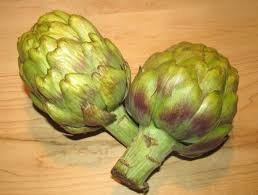 Spring is a peak harvesting season for artichokes, therefore, it's during springtime that artichokes are plentiful, better tasting, and can be had for a good price. Preparing them for cooking is a tedious job, but the effort is worth it.

This lemony stew is a medley of braised artichokes, potatoes, carrots, peas, and onions.

One can use canned or frozen artichokes for dips and such, but for this braised artichoke dish only the fresh stuff will do. The taste of fresh artichokes is far, far superior to the frozen or jarred varieties. The part used here is just the artichoke heart, and when it finishes cooking it's soft and lusciously flavourful. 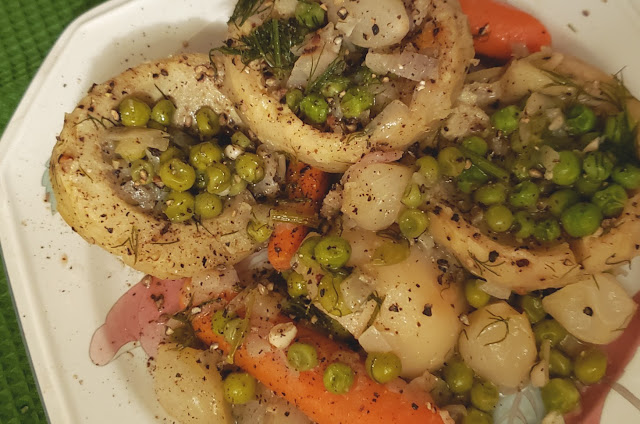 Artichokes are native to the Mediterranean region and were cultivated since the time of the ancient Greeks. This recipe has a very long history. Variations of it were popular as far back as Byzantine times. The name polita means that the dish originated in the city of Constantinople, which was the capital of the Byzantine empire. Greeks referred to Constantinople simply as the polis (the city), because it was the most important city in the empire, therefore, "à la polita," means in the style of the polis, or in the style of Constantinople.

Nutritionally, artichokes aid digestion and strengthen liver and gallbladder functions. They are rich in protein and vitamin C and are known to lower blood cholesterol levels. Artichokes are good to eat and are good for you!  Here's my recipe for this flavourful vegetable stew starring the artichoke:

I hope you enjoy this lemony and delicious vegetable recipe made with artichokes.