It's wonderful to participate in Cook the Books once again! For this round, we read "Sustenance and Desire, A Food Lover's Anthology of Sensuality and Humor" 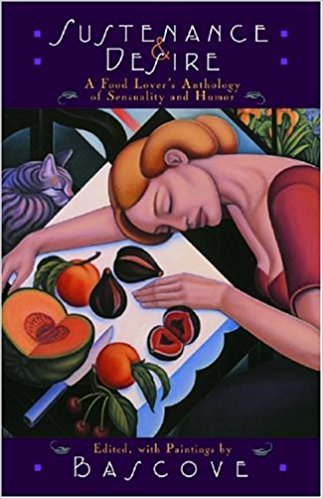 Chosen for us by Rachel, from the Crispy Cook, the book is edited by Anne Bascove, who goes by the mononym of Bascove, and Bascove also supplied the paintings appearing in the book because after all, she is an artist/illustrator. Have a look:

The anthology is divided into four sections: nourishment, desire, hunger, and sustenance. Bascove chose wonderful pieces of prose and lots of good poetry!  Some of the authors represented are Virginia Woolf, Emily Dickinson, Wislawa Szymborska, Czeslaw Milosz, Marcel Proust, Allen Ginsberg, May Sarton... should I go on? Get the picture? A superb compilation, in a book that should stay on your shelf and be available to frolic with every so often.
For my entry, I decided to focus on a poem by Langston Hughes. Not only is it a beautiful poem, but just yesterday, February 1st, was the commemoration of the author's birthday, therefore it seemed very appropriate that I say thank you, Mr Hughes, your poetry has made a difference in our lives and in our culture. The poem is called Harlem Sweeties, and on the Internet, it can be read here.

... All through the spectrum
Harlem girls vary—
So if you want to know beauty’s
Rainbow-sweet thrill,
Stroll down luscious,
Delicious, fine Sugar Hill.

I was inspired by the poem to make a uniquely flavoured drink:
Cinnamon Mocha Coffee! 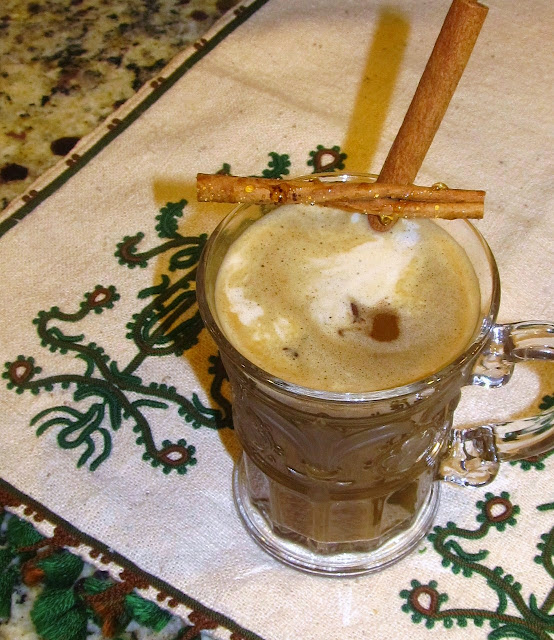 Cinnamon Mocha Coffee contains honey, cinnamon, there is coffee for the most part because it is, after all, a type of coffee drink, there is cocoa also, and a few cloves are thrown into the mix.
All these earthy flavours are in keeping with Hughes' theme, which is that there is an untold and uncounted variety of hue in the integumentary aspects of Harlem Sweeties, that there is lusciousness in the skin colour of people of colour. Hughes is offering a hymn of praise to African Americans, and by extension to all people who show their courage by embracing difference. Thank you, Langston Hughes, and Happy Birthday!

Here's the recipe for Cinnamon Mocha Coffee, based on one from Taste of Home magazine:

Easy to prepare, a warm drink with a beautiful colour!
Posted by Ana at 00:01